After publishing this post: There is an article mentioning DALL-E on this site.

Hacker News - the root of all evil

There was a time when I was reading Hacker News on regular basis but now I tend to avoid it. Most of the time, when I was visiting it and checking all those shiny projects and articles that people create, after a few moments of excitement, I was ending (best case) a little melancholic about my own achievements. So it was rather counterproductive to keep doing that. But somehow I ended up there again last night (I was venting out some frustration about Medium responses system in google search and one of the top hits was HN).

And there it was - someone posted a link to Open AI's DALL-E. And I was lost.

So what is DALL-E? I will simply quote the article's introduction:

DALL·E is a 12-billion parameter version of GPT-3 trained to generate images from text descriptions, using a dataset of text–image pairs. We’ve found that it has a diverse set of capabilities, including creating anthropomorphized versions of animals and objects, combining unrelated concepts in plausible ways, rendering text, and applying transformations to existing images.

My knowledge of generative networks never reached beyond simple GANNs and style transfer (which is still better than my grasp on NLP). However, the article is only 27 minutes read and not very detailed on a technical level, so it is digestable for me. The most important thing though, are the examples of what DALL-E is capable of. It can generate:

and the results are great: 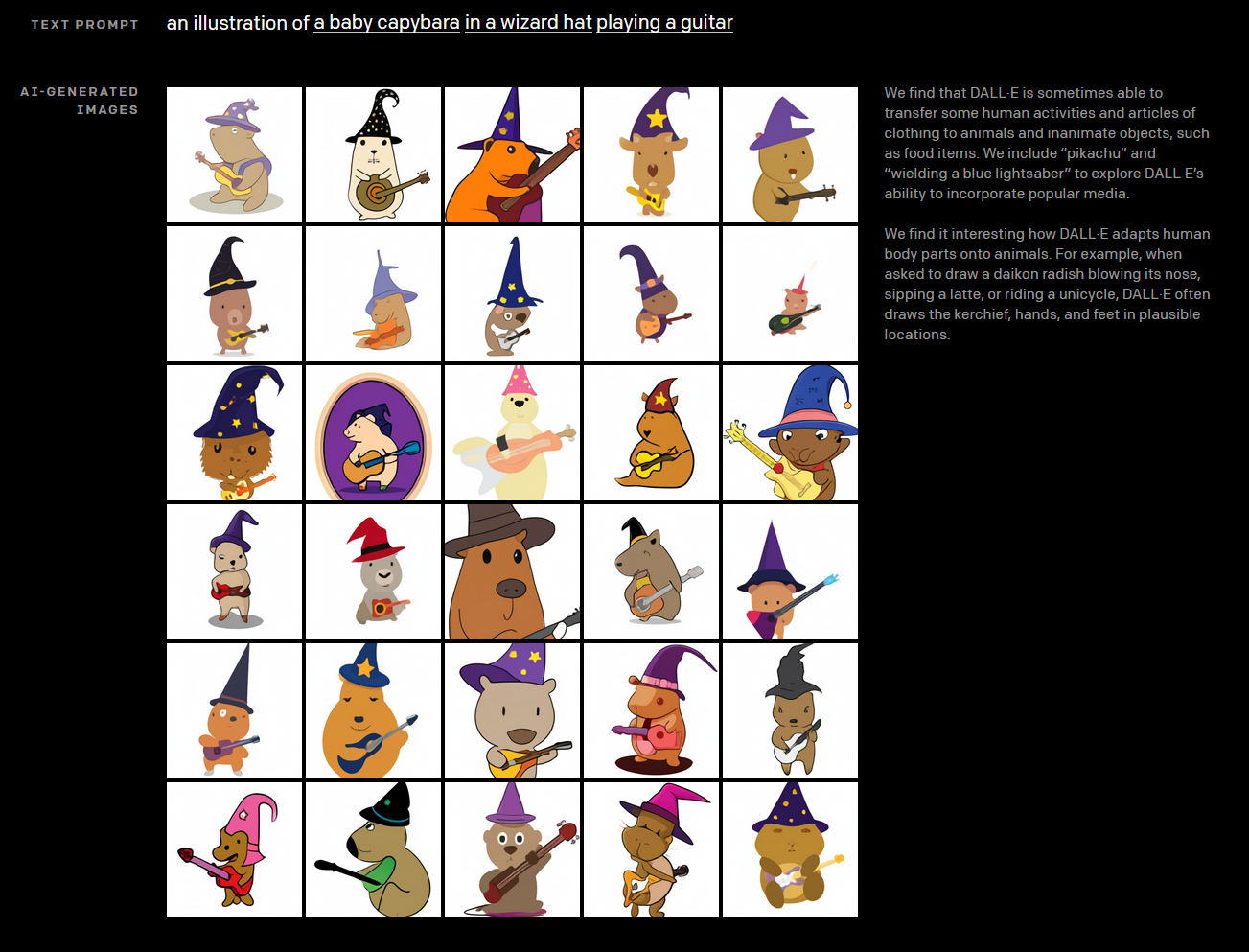 Examples of DALL-E output for prompt shown above, all credit goes to Open AI

I mean, come on! That is impressive.

Yet again, similar to the introduction of GPT-3 architecture itself in May 2020, it makes you wonder when those models will start replacing humans (poor me as a developer - it might seem like a joke, but the fear is real). We should prompt some GPT-3 model to generate new JavaScript frontend framework every week or so.

There was a vivid discussion on HN (link here) under the article. Some clever points were made there. Some of them might give us, humans, some hope for the near future. Here are those which appealed most to me:

Nevertheless, DALL-E is still an IMPRESSIVE and TREMENDOUS work pushing both natural language processing and image generation next step further.

I could probably go on and on, and try to write something about Open AI's CLIP which was used in DALL-E's training. Or list some highlights about DALL-E, so it doesn't seem that I am a bitter man who can't admire the significance of this work (once again it is great). But it is getting late (1:36 AM) so it would be probably good for me to get some sleep.

So, what I am working on?

The whole DALL-E thing was supposed to be just a short (kinda ironic) intro from which I would move into site improvements that I am working on currently. But again, it is getting late, so I will limit myself to listing them here:

It is not rocket science nor transformer based deep learning algorithms. But it is fun!